How to make Alfresco SSO through Apache cooperate with Microsoft Office 2016: Turn off modern authentication.

I recently decided to adhere PEP 8 more strictly (i.e. going from 3 blanks to 4). I ran into some problem with diffing python files ignoring insignificant whitespace.

How to deploy a python app with dependencies similar to npm

If you have a ruby or node.js background, you probably came to appreciate gem and npm. Python is lacking in this respect. Current tools fail "There should be one– and preferably only one –obvious way to do it.". We show how to leverage pip and virtualenv in a non-obvious way. 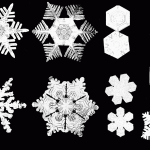 Every snowflake is different! goes the saying. This can be used to fight counterfeiting of physical objects.

The internet needs groups! I'm not talking about the social entity like groups and individuals. I envision a net entity group like website, webpage, newsgroup or email address. 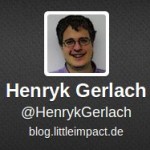 I did not blog for 2 years. It's not that I did not try. I have about 8 unfinished drafts but somehow they are not so current anymore or would need a lot of work, so they are unlikely to ever appear. That's why I gave twitter a second try: @HenrykGerlach I also included it in my blog's sidebar so visitors see I'm not dead yet. I don't really like their terms, though. 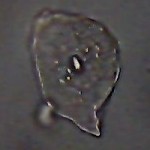 I recently got a Bresser BioLux NV microscope. Of course it is quite cheap and you get what you pay for. I'm still very pleased with it because it is a fun toy, and I'm not afraid to destroy something by not treating it properly. I'm also happy that the cam works well with Linux. 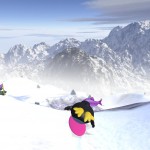 I recently bought a cheap Samsung NP-R540 with an ATI Mobility Radeon HD 4500. Ubuntu 10.10 installed smoothly. I encountered two problems: The comercial ATI-video driver did not want to install, so I switched to the free driver and I'm happy since. The Touchpad does not work well for me in multitouch-mode.

Usually I prefer to rant about the oddities of ruby but this time it's python.

I recently had a problem with my website zimmer69.de. Some not so nice fellow told his opera browser to reload a 300k page every 5 seconds, moved it to some tab and forgot about it for weeks. He caused 2 Gb of traffic per day. Time to implement some cache control.